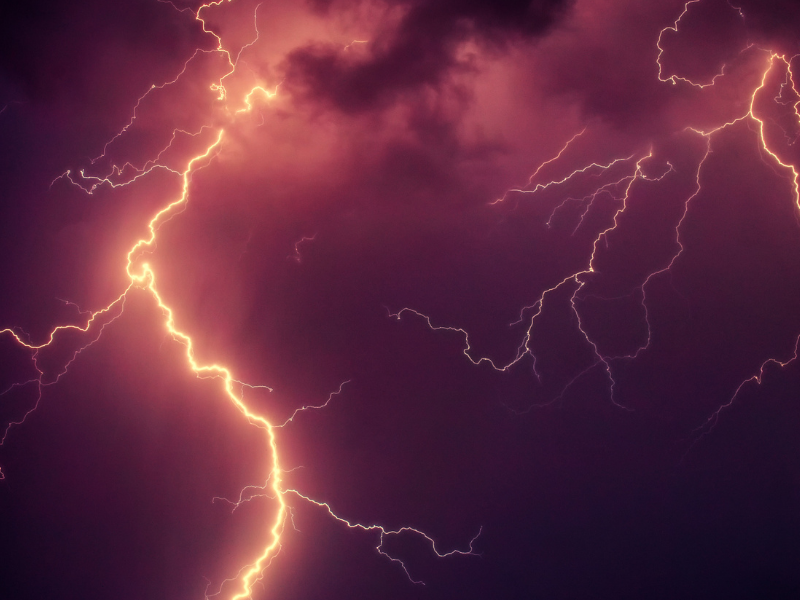 There are many phobias related to weather phenomena, especially storms. It is a fear that we have all experienced at some time to a greater or lesser extent, because it really scares when the sky turns black and is only illuminated by the light of rays. And when that fear turns out to be excessive, it is when it becomes astraphobia or fear of electrical storms , a disorder that we talk about in our dictionary of phobias .

Astraphobia is the fear of electrical storms, of lightning. It is different from brontophobia , which is the fear of thunder, but both occur during a storm. And often the same person suffers from both phobias at the same time, to lightning and thunder, something that is not without its logic because storms do carry a certain danger .

But the fact that storms can be dangerous does not justify this inordinate fear of lightning and thunder, since we live protected from inclement weather and there are few meteorological phenomena that can cause us any serious damage. In any case, the person who suffers from astraphobia is put on alert as soon as they observe that a storm is brewing .

It does not matter if you are at home or on the street. Suddenly you see the wind picking up, the clouds thicken and the sky darkening. It starts to rain and your body reacts to the coming storm with a series of symptoms that are the same as those of anxiety . Without forgetting fear, that irrational fear that something bad will happen to you during the storm .

You can shelter at home, close the windows, and hide under the covers, but the avoidance behavior that occurs in all phobias is not going to stop the storm from breaking out. And with it the tachycardia , shortness of breath, dizziness and maybe a panic attack if you can’t manage all the anxiety that invades you.

Many people wonder about the origin of this fear of storms. In principle, it is an adaptive fear that has been overwhelmed , since nowadays a storm does not pose much danger. It is true that lightning can split a tree or cause certain damage, and it is also true that you have heard a story of someone who died from lightning.

That is why astraphobia has a logical basis that makes its treatment more complicated. But there are more causes for this phobia to develop, such as having lived a traumatic experience related to a storm or suffering a previous anxiety disorder that makes fears, logical or not, come to light. Nor can we ignore that irrational fear that sometimes what we cannot control produces in us and meteorological phenomena are part of those events that are beyond our control.

You can overcome astraphobia, as you can overcome any other phobia, with effort and with the help of psychotherapy . Cognitive behavioral therapy is presented as the most effective because it works the distorted thinking that makes you fear the rays in such an excessive way. And once those thoughts are eliminated, fear and avoidance behavior can be modified.

Most of the treatments to overcome a phobia include the practice of meditation or relaxation techniques , since the burden of anxiety that comes at times when the stimulus is presented is very great. And on some occasions the treatment can be supplemented with medication.