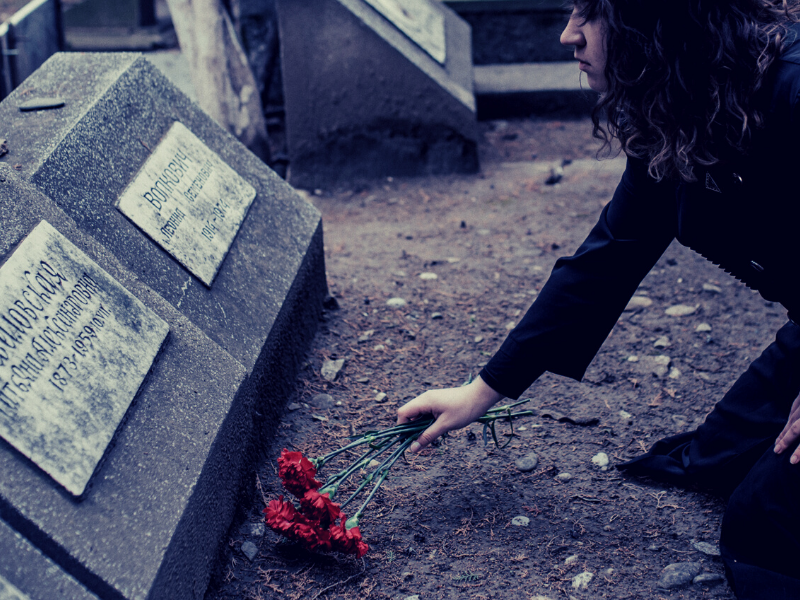 Is there anything more natural than the fear of death? Thanatophobia is one of those phobias that does not surprise us because to a greater or lesser extent we all have a certain fear of the idea of ​​dying. However, the fact that this fear of death turns into a phobia means that we are facing a disorder that needs to be treated. We tell you everything about thanatophobia or fear of dying in our dictionary of phobias .

Thanatophobia is the fear of dying and, by extension, of everything related to death. It is not the same disorder as necrophobia , but they do share stimuli such as cemeteries, funerals or tombstones. In short, anything that reminds you that one day you are going to die can cause an excessive anxiety reaction.

We understand this phobia better than many other surprising phobic disorders. In principle, who wants to die? Nobody knows what happens after death, so this fear of the unknown is most natural . But it stops being natural when fear turns into a phobia and limits your life to unimaginable extremes.

It is the idea of ​​dying that triggers a series of physical symptoms, including dizziness, tachycardia, shortness of breath or a panic attack, as when anxiety overwhelms you . To this is added anguish, insomnia and, of course, that nervousness and discomfort that make you try to avoid anything that reminds you of death .

Perhaps the psychic symptoms are the most worrisome in the case of thanatophobia, since the distorted thoughts about death become obsessive. It is about that fixed idea that you cannot get out of your head and that makes you see any situation in which you find yourself as dangerous. The emotional overflow in the case of this phobia is very intense and can lead to depression .

As in the case of other phobias , the traumatic experience is the most common origin of this disorder . But nobody dies twice, right? So having lived a traumatic death in the family in childhood is a strong reason to develop thanatophobia.

But there are more causes for thanatophobia. In some cases it may be a learned fear , if someone in your family suffered from this phobia. And not having overcome a duel can also be the reason that this excessive fear of death arises.

The cultural factor favors thanatophobia , at least in some parts of the world where death is seen as something negative, as the end and not as a transition or an opportunity to be reborn. We do not forget the role that hypochondria plays in some people when it comes to developing thanatophobia.

Although you think that the fear of dying is something logical, when you suffer from thanatophobia, anguishing thoughts will not let you live, so you have to seek psychological help. The cognitive behavioral therapy will help transform thoughts distorted that lead you to fear death so limiting that way.

And little by little you will be able to stop obsessing over the idea of ​​dying. Due to the degree of anxiety that thanatophobia produces, it does not hurt to practice some relaxation and breathing techniques to reduce symptoms, as well as adopt positive thinking that allows you to live in the here and now .