Angie Everhart is an American actress and former model born and raised in Akron, Ohio, United States of America. She has appeared in several films such as; ‘Jade’, ‘Executive Target’, ‘Bare Witness’ and many more.

As a model, Angie Everhart was famous for working with ‘playboy’, an American lifestyle and entertainment magazine for men. Angie also appeared in several issues of Sports Illustrated Swimsuit in the 1990s.

AGE AND BIRTHDAY OF ANGIE EVERHART

The actress graduated from Firestone High School in Akron, where she was a cheerleader and school mascot, in the year 1987.

Everhart has been married to Ashley Hamilton since December 1996 but the marriage did not work out for both of them, so they were divorced in March 1997. Before she divorced her marriage to Ashley, she was already in a relationship with Sylvester Stallone in the year 1995 which she did not never worked.

In doing so she again had another relationship with Joe Pesci in 2007 and subsequently separated in 2008. Since then she has had relationships with many men such as; Prince Andrew, Orlando Jones, Prince Albert of Monaco.

Here are some interesting facts you don’t want to miss about Angie Everhart;

Everhart became a cover model for fashion magazines such as Elle and Glamor while still a teenager. Following a horseback riding accident in which she broke her back at the age of 19, Everhart eventually recovered through physical therapy.

She has appeared in several issues of Sports Illustrated’s annual swimwear edition, beginning in 1995. Everhart posed nude for an illustrated cover in the February 2000 issue of Playboy. It was ranked # 98 in the FHM 100 Sexiest Women of 2003.

Everhart’s long red hair earned her three Crown Awards as ‘Best Redhead’ on the Super-Hair.Net site from 2005 to 2007. She also represented the United States in two Super-Hair World Cup tournaments, winning the championship with online votes in both 2006 and 2010.

She has signed for London modeling agency Models 1 and New York Model Management. On February 28, 2012, she began co-hosting the weekly Hot N Heavy live podcast with The Greg Wilson on the Toad Hop Network. It is recorded at the Jon Lovitz Comedy Club & Podcast Theater.

Angie Everhart made her acting debut in 1993 with Arnold Schwarzenegger’s action comedy Last Action Hero. She has since appeared in such films as Tales From the Crypt Presents: Bordello of Blood (1996), Denial (1998), Mad Dog Time (1996) and Gunblast Vodka (2000).

Angie and Joe Pesci were officially in a relationship in 2007. The couple have been together for 7 years and have since separated. Actor Joe Pesci, who was 65 at the time, ended his relationship with Angie Everhart, who was 38, just nine months after the engagement.

Supermodel and actress Angie Everhart was diagnosed with thyroid cancer, so she decided to turn the disease into something that changed her life for the better. She was diagnosed with cancer while seeking treatment for severe headaches and pain in her shoulder and neck, which prevented her from sleeping.

Despite having a family history of cancer, with her grandmother, grandfather, and mother being diagnosed with different cancer, and even herself previously having basal cell skin cancer, Angie did not suspect that her symptoms could mean cancer. He went to a variety of therapists but found no relief and eventually got an MRI.

Despite its difficult side effects, Angie has a positive attitude. He remains cancer-free and closely monitors his health and diet and undergoes regular medical check-ups. She is busy with acting projects and is launching her own line of hair care products. He said having cancer has changed his life for the better and he travels to speak to cancer centers and support groups.

Angie Everhart has enjoyed a long career in the entertainment industry spanning nearly three decades. Thanks to the proceeds from her work as an actress and model, she was able to amass a modest fortune. Angie Everhart is estimated to have a net worth of approximately $ 8 million.

WHO IS ANGIE EVERHART?

WHO IS ANGIE EVERHART MARRIED TO?

Everhart has been married to Ashley Hamilton since December 1996, but the marriage didn’t work out for both of them, so they were divorced in March 1997. She married Carl Ferro again in 2014 but they were divorced.

HOW TALL IS ANGIE EVERHART?

Angie Everhart is located at a height of 1.78 m.

HOW OLD IS ANGIE EVERHART?

Angie Everhart is a US citizen born on 7 th September 1969, in Akron, Ohio,

HOW MANY TIMES HAS ANGIE EVERHART BEEN MARRIED?

Angie has been married twice. She was first married to Ashley Hamilton in 1996 until 1997. She then married Carl Ferro in 2014.

WHAT IS ANGIE EVERHART’S NET WORTH?

Angie Everhart has an approximate net worth of $ 8 million. This amount was accumulated from his leading roles in the entertainment industry.

WHAT CITY DOES ANGIE EVERHART LIVE IN?

IS ANGIE EVERHART DEAD OR ALIVE?

Angie Everhart is alive and in good health. There have been no reports of illness or health problems. 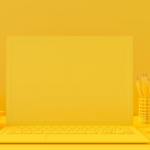