Bebe Rexha (Bleta ‘Bebe’ Rexha) is an American singer, songwriter and record producer born on August 30, 1989 in Brooklyn, New York. She is famous for songs like ‘Meant to Be’ with Florida Georgia Line, ‘Me, Myself & I’ with G-Eazy and ‘In the Name of Love’ with Martin Garrix. He has also written songs for various artists such as Selena Gomez and Nick Jones and Eminem.

Rexha was born in Brooklyn, New York to Flamur Rexha and Bukurije Rexha. when he was six, his family moved to nearby Staten Island.

Bebe has been single since November 2018.

WHERE DOES BEBE REXHA COME FROM

Rexha played the trumpet at a young age and learned how to play guitar and piano on her own. She went to Staten Island’s Tottenville High School, where she took part in a variety of musicals. She also became a member of the choir while still in high school. After joining the choir, she discovered that her voice was a coloratura soprano. Rexha’s musical influences include Coldplay, The Cranberries, Lauryn Hill, Alanis Morissette and Kanye West.

She presented a song to perform at the National Academy of Recording Arts & Sciences’ annual ‘Grammy Day’ event and earned her the ‘Best Teen Songwriter’ award, beating around 700 other entrants. As a result, he signed a contract with talent scout Samantha Cox, which encouraged Rexha to enroll in songwriting classes in New York City.

Rexha met Fall Out Boy bassist Pete Wentz with whom she began working in a recording studio in New York City in 2010. She later became the lead singer on a band’s new experimental project from Wentz, Black Cards. They have played a variety of live shows and released several singles and remixes. However, Wentz announced in January 2012 that Rexha had left the band to pursue other endeavors.

Rexha signed with Warner Bros. Records in 2013 as a solo artist. Rexha had already started writing songs, including Selena Gomez’s’ Like a Champion ‘and Nikki Williams” Glowing ‘. His biggest writing effort of 2013 was Eminem and Rihanna’s ‘The Monster’, which was released as the fourth single from Eminem’s album The Marshall Mathers LP 2. The song topped the US Billboard charts. Hot 100 and Billboard’s Hot R&B / Hip-Hop Songs and won a Grammy Award for Best Rap / Sung Performance at the 57th Annual Grammy Awards Ceremony. Rexha also wrote and appeared on the Cash Cash single ‘Take Me Home’ that same year.

Rexha released her debut single, I Can’t Stop Drinking About You, on March 21, 2014. The song peaked on Billboard’s Top Heatseekers chart, at number 22. Subsequently, on August 12, 2014, the music video It was released. The music video was inspired by images from films such as Girl, Interrupted and Melancholia. Rexha appeared in rapper Pitbull’s song ‘This Is Not a Drill’ in November 2014 and September 2014, was chosen as Elvis Duran’s Artist of the Month and was featured on the NBC Today show hosted by Kathie Lee Gifford and Hoda Kotb , where he performed his single “I Can’t Stop Drinking About You” live.

In December 2014, Rexha released two more singles, I’m Gonna Show You Crazy and Gone ,. He released his debut EP, I Don’t Wanna Grow Up, through Warner Bros, Records on May 12, 2015.

He later co-wrote David Guetta’s single Hey Mama, alongside Nicki Minaj and Afrojack. The song, which received 1.1 million downloads in June 2015, reached number eight on the Billboard Hot 100. Originally the song did not give Rexha credit, despite the fact that she sings the chorus and is featured in the vocals. background. Finally, in June 2015, she was given credit for her work.

Rexha in January 2015, she co-wrote and presented in G-Eazy’s ‘Me, Myself & I’. The song peaked on the Billboard Hot 100 at number seven and number one on Billboard Pop Songs. The song originally titled I Don’t Need Anything, was intended as a song for Rexha herself, but instead took the idea of ​​the song to G-Eazy and was featured during the chorus.

Rexha released her single, titled No Broken Hearts with Nicki Minaj, in March 2016. The music video was released, in April 2016, directed by Dave Meyer. The video amassed over 240 million views on YouTube.

Rexha and Dutch DJ and record producer Martin Garrix released their single, In the Name of Love, on July 29, 2016. The song peaked at number 24 on the US Billboard Hot 100, at number four on US Hot Dance. / Electronic Songs and entered the top 10 in several countries, including the UK, Canada, Australia, Italy and New Zealand. The music video was later posted on Martin Garrix’s YouTube channel on August 23, 2016.

BEBE REXHA I GOT U

Rexha hosted the 2016 MTV Europe Music Awards, in Rotterdam, the Netherlands, on November 6, 2016, and performed multiple songs overnight, such as her single, ‘I Got You’.

BEBE REXHA ALL YOUR FAULT | BEBE REXHA NO BROKEN HEARTS

Rexha released I Got You on October 28, 2016. Both No Broken Hearts and I Got You were originally intended for the All Your Fault album. The song peaked at number 17 on the US Billboard Pop Songs chart and number 43 on the US Billboard Hot 100. On January 6, 2017, the music video was released and reached over 50 million views in four weeks and amassed 250. millions of views on YouTube. The direction changed from an entire studio album to a multi-EP project and No Broken Hearts was scrapped, making I Got You the first and only single from All Your Fault: Pt. 1, released on February 17, 2017. EP peaked on the Billboard 200, as number 51. Rexha began her first solo headlining tour, promoting the EP to North America and Europe,

One Direction member Louis Tomlinson released the single ‘Back to You’ on July 21, 2017, with Rexha and Digital Farm Animals as featured artists.

On May 19, 2017, The Way I Are (Dance with Somebody) starring Lil Wayne was released as the lead single of All Your Fault: Pt. 2. Rexha later, on June 12, performed the song at the Ubisoft E3 press conference. , before announcing Just Dance 2018, in which the song appears. On 11 August 2017, the second EP was released as part of the project. Rexha planned to do a co-headlining tour in the United States: the Bebe & Bassy Tour, in October 2017, in support of the EP and debut album by American singer-songwriter Marc E. Bassy. Due to an infection that put Rexha on a rigorous vocal rest, the tour was short-lived with Marc E. Bassy ultimately going on a solo tour of the United States in March 2018.

Meant to Be was released on October 24, 2017, as the second single from Pt. 2, with the music video premiered the day before. The song that reached number two on the Billboard Hot 100, as of October 6, 2018 spent 44 weeks at number one on the Hot Country Songs chart, breaking the record for most of the weeks at the top of the chart previously held by ‘Body Like a Back Road ”by Sam Hunt.

Rexha began teasing new songs for a third installment of the All Your Fault series, in September 2017, with her manager recording its release. However, it seemed that plans had changed, as Bebe revealed through a tweet in November 2017 that her next project would be called Expectations. On April 8, 2018, Rexha revealed the cover art for this debut studio album and the album was released on June 22, 2018. Previous singles from I Got You and Meant to Be by All Your Fault also appear on Expectations .

Ferrari and 2 Souls on Fire, the latter featuring Quavo of Migos, were released on April 13, 2018, as promotional singles along with the pre-order. I’m a Mess’ was released on June 15, 2018, as the first single from the album.

NET WORTH OF BEBE REXHA

He has an estimated net worth of $ 4 million.

David Guetta, Bebe Rexha and J Balvin have unveiled a vibrant new video for their collaboration ‘Say My Name’, which appears on the French DJ / producer’s latest album, 7.

Hannah Lux Davis directed the video for “Say My Name,” which boasts a tropical vibe and a vibrant color palette. The clip is interspersed with shots of jungle flowers and animals, creating a unique visual complement to the scenes of Guetta, Rexha, and Balvin running the track on a neon-lit dance floor full of ravers in mind-blowing outfits.

‘Say My Name’ marks the latest in a series of images for 7’s numerous singles. Guetta also shared clips of ‘Don’t Leave Me Alone’, with Anne-Marie, ‘Flames’, with Sia and’ 2U ‘, with Justin Bieber. 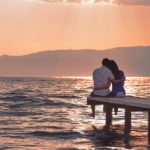 To inform the editorial staff of any error in the use of confidential material, write to us at [email protected]ntents.com : we will take care of the removal of the material that infringes the rights of third parties.