The 68-year-old reality personality married Francie Frane on Thursday, Sept. 2.
The vows were made more than two years after his wife, Beth Chapman, died—and, more recently, a deluge of family strife.

Dog tells E! News in a statement, “Francie and I are pleased to be husband and wife.”
“All of the prayers and well wishes are much appreciated.”

Cecily and Bonnie Chapman, Dog’s children, informed TMZ in August that they had not been invited to the wedding.
Bonnie later turned to Facebook to elaborate on her ongoing fight with Dog, claiming a disagreement about her decision to attend Black Lives Matter marches and accusing her father of bigotry.

In a statement to E! News, Bonnie’s representative stated, “Bonnie’s claims are untrue and a foolish attempt to ruin our wedding.”
“Despite the grief we feel about this schism in our family, Francie and I are looking forward to enjoying our wedding next week with the remainder of our family and close friends,” Dog later added.

“As terrible as it is and as painful as it is, we had to make a decision that was extremely tough for us,” Francie said in a joint appearance on Entertainment Tonight, responding to his daughter’s allegations.

“In the last three years, he and I have gone through hell, and I am not going to let this bullshit spoil our day,” she said.

Dog began to feel like himself again after the two started dating in early 2020.
“I scream and cry Beth where are you why did you leave me,” the reality star said on Instagram in April 2020, just ten months after his wife died of cancer at the age of 51, “then I look up & see you Francie & the agony changes to a grin I LOVE YOU WOMAN!!”

They were engaged by May of that year, after bonding over loss of lovers to cancer.
“So we got on the phone, began chatting to each other, weeping and comforting each other, and then one thing led to another, and it’s just wonderful that I’ve been able to meet someone like her,” Dog said in May 2020 on TMZ Live.
“I’m permitted to discuss Beth and her husband with Francie.
We are overcome with emotion.
We’re holding hands.”

Though apprehensive at first, he recognized that in order to progress, he needed to be in someone else’s arms.

During an August interview on the Two Guys From Hollywood podcast, he said, “I noticed the text that states, ‘God does not want a man to be alone.”
“That He recognizes the desire for companionship in both men and women.” 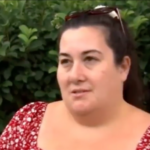