In this article, we are going to tell you about the actress Rekha ‘s age, wiki and biography in detail. So, let us have a look at his personal as well as professional and political life.

Rekha understood Telugu very well as her mother tongue was Telugu, but she also spoke Hindi, Tamil and English very well. At the time of Rekha’s birth, her parents were not married, so Rekha’s father did not give her the status of his daughter.

Rekha also has 5 younger sisters and 1 younger brother, due to financial constraints and bad condition in the house, she had to leave her education, although she was enrolled in Church Park Convent School but the education ended before it started.

Rekha had come to Bollywood at a very young age, both her parents were from Telugu cinema, that’s why she got a Telugu film, “Rangula Ratna” in 1966, after this she stepped into Bollywood in 1969 with an unknown journey.

https://www.instagram.com/p/Bz8r75PgjQP/?utm_source=ig_web_button_share_sheet
This photo was taken from Instagram
In the year 1982, she was awarded the National Award for Best Actress for the film Umrao Jaan. In addition, Rekha was awarded the Padma Shri award in the year 2010 by the Government of India for her immense contribution to Indian cinema.

In the year 2012, Rekha was nominated to the Upper House of Parliament. In which Rekha was appointed as a member in the Standing Committee of the Department of Consumer Affairs and Civil Supplies.

Rekha worked in about 180 films in her career. Rekha has 3 Filmfare Awards, 2 Best Actress Award and one Best Supporting Actress Award. 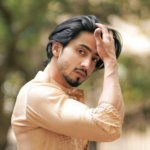