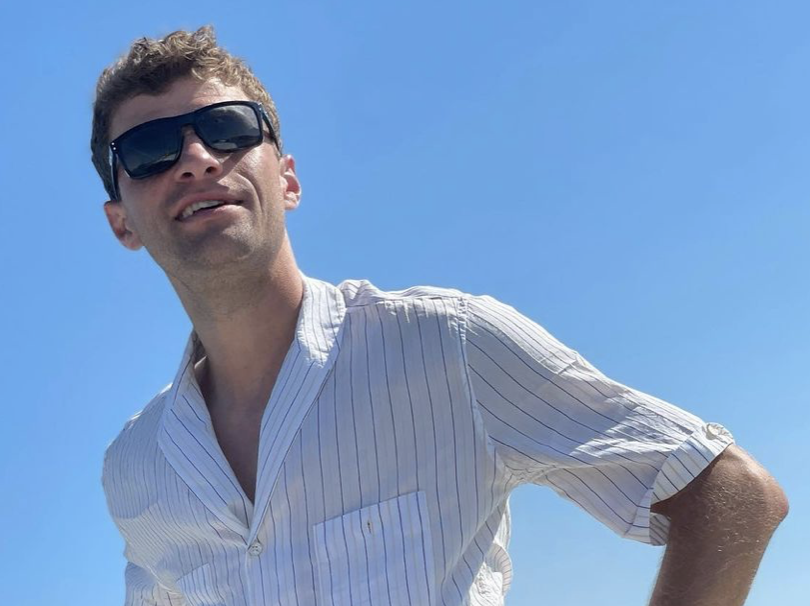 Thomas Müller is a German professional footballer born on 13 September 1989 and plays for Bayern Munich and the German national team, as well as vice-captain of both teams. Müller plays as a midfielder or striker.

He is a versatile player and has been deployed in a variety of offensive roles such as: attacking midfielder, second striker, center forward and on both flanks. He has often been praised for his positioning, teamwork and stamina, work rate, and consistency in both scoring and goal setting.

HOW OLD IS THOMAS MULLER

Müller is the eldest son of Gerhard Müller and Klaudia Müller. He has a younger brother named Simon Müller. Both Simon and his father Gerhard play football but not to the level of Thomas, whom they consider their hero. Gerhard works for BMW, while Klaudia is a finance director at their local church.

Müller is married to his longtime girlfriend Lisa Müller (nee Trede), a semi-professional equestrian athlete who works on a farm. After being engaged for two years, the two lovebirds got married in December 2009.

Muller became a YoungWings ambassador in June 2011. This is a charity that helps children who have suffered a bereavement or trauma.

At a young age, Müller began playing football for TSV Pähl before deciding to join local Bundesliga team Bayern Munich in 2000 at the age of 10. At Bayern, he went through the youth system and in 2007 was part of the team that were finalists in the Under-19 Bundesliga.

In March 2008, he replaced Stephan Fürstner in a Regionalliga match against SpVgg Unterhaching and made his debut for the reserve team and also scored in the match. Still with the U-19 team, Muller made two more appearances in Regionalliga in the 2007-2008 season.

In the 2008-09 season, Germany’s third football division, the 3. Liga, was formed and Bayern’s second division qualified for it. Being part of the squad, Müller was a key player as he participated in 32 out of 38 matches, scoring 15 times. This made him the fifth top scorer in the league and earned him a place in the first team under then-coach Jürgen Klinsmann.

He made his first team breakthrough in the 2009-10 season after signing his first senior team contract in February 2009. The contract was based on a two-year contract starting that season.

Under new manager Louis van Gaal, Müller was a regular replacement and was named Bundesliga player of the month in September after scoring twice in the match against Borussia Dortmund on 12 September 2009 and another brace three days later in a victory in the Champions League. Maccabi Haifa. His namesake Gerd Müller, a legendary former Bayern and Germany forward, also praised Muller for his performances.

The two braces also earned him a place in the starting squad for almost all matches and only one match was missing. He signed a new contract with Bayern in February 2010 which will keep him at the club until 2013. He continued to be on the starting XI in a central and surprising position thanks to the availability of Franck Ribéry and Arjen Robben, other wide players.

He finished his first season as a first-team player with 52 games played and 19 goals in all competitions. Other professionals voted him the best newcomer of the 2009-10 season and he was named in the Bundesliga Team of the Season.

At the start of the 10/11 season, Muller signed another contract extension to keep him at Bayern until 2015 and had his first match on 7 August, while his first goal that season was scored on 27 November in the 4-1 victory against Eintracht Frankfurt.

He was named man of the match in their first DFB-Pokal match in the 11/12 season after taking two converted penalties from Mario Gómez and Bastian Schweinsteiger and added a third in the finals to secure a 3-0 win over Eintracht Braunschweig.

He then scored his first league goal after 5 games in a match against Schalke 04 in Bayern’s 2-0 win. That year he even entered the FIFA Ballon d’Or Award shortlist. He played his 100th Bundesliga match on March 31, 2012 against 1. FC Nürnberg.

On 19 December 2012, Müller signed yet another two-year contract extension, keeping him at the Allianz Arena until 2017. He had a fairly good season that ended with 23 overall goals in the season (13 in the Bundesliga, one in Pokal, eight in the Champions League and one in the 2012 DFL-Super Cup that Bayern won 2-1). This made Müller the highest scoring season to date

He started his 13/14 season on a good note by scoring in seven of Bayern’s 12 pre-season matches before his first official match against Borussia Dortmund in the German Super Cup. He had a good run that season when he finished as the top scorer in the 2014 DFB-Pokal tournament with eight goals in five appearances, played in 31 league games with 13 goals and scored five goals in 12 Champions League games.

At the start of the 2014-15 season, Müller signed a new contract to keep him at Bayern until 2019 as he turned down a contract offer from Manchester United. He was part of the Bayern team that played the club’s first game in DFL-Supercup but lost the match. On 17 August 2014 he scored his first goal of the season in DFB-Pokal and scored another goal in the Bundesliga on 22 August 2014 against VfL Wolfsburg.

He signed a new contract with Bayern on 18 December 2015. This contract will last until 2021. He had some difficulties in the 2016-17 season which ended with five goals in 29 Bundesliga appearances, no goals in three UEFA Cup appearances. Germany, and three goals in nine Champions League appearances. Some football pundits blamed coach Carlo Ancelotti for Müller’s fights as he preferred Thiago Alcântara as the player playing behind the striker, Müller’s first position.

He started his 2018-19 season with the German Super Cup and was replaced in the 64th minute by Leon Goretzka. He also scored in the first two days of the Bundesliga, in the German Cup second round against SV Rödinghausen and scored twice on 24 November 2018 in the Bundesliga against Fortuna Düsseldorf.

Müller joined Germany’s Under-16 football team in 2004 and was called up to the Under-21 team in August 2009. He made his Under-21 debut in a 3-1 friendly defeat to Turkey. In October 2009, German international coach Joachim Löw publicly considered Müller for a call-up due to his regular appearances with Bayern’s first team.

The consideration was approached with initial reluctance by the Bayern Munich board and the following month Müller was called up for the friendly against Ivory Coast. However, he was recalled to the under-21s due to fewer opportunities to try new players and with the under-21 team facing crucial qualifiers for the 2011 European championship.

In January 2010 he returned with the senior team for training in Sindelfingen and was called up for the friendly against Argentina in March.

Along with seven other Bayern Munich players, Müller was named in Germany’s provisional 27-player squad for the 2010 FIFA World Cup and the final 23-player cut for the tournament. He was awarded the number 13 jersey, which he still wears, which had previously been worn by their injured captain Michael Ballack and previously by his namesake, German legend Gerd Müller.

He started in the first match of the World Cup season in Germany and scored the third goal, his first internationally and won the award as Germany’s Goal of the Month. He also played in all group matches, as Germany finished first in Group D. The tournament ended with Germany winning bronze medals and Müller scoring five goals, a joint top scorer in the tournament.

Since the 2010 FIFA World Cup, he has earned the Golden Boot for his goals and three assists. He also won the best young player award over fellow nominees André Ayew of Ghana and Giovani dos Santos of Mexico. He was also named on the shortlist for the FIFA Ballon d’Or Award in October 2010 along with four of his teammates in Germany.

On March 22, 2013, he scored his first World Cup qualifying goals in a 3-0 away win over Kazakhstan. He then scored the tournament’s first hat-trick in Germany’s opening match of the 2014 World Cup on 16 June 2014 and was named man of the match in a 4-0 win over Portugal. In the semi-final against Brazil on 8 July, Müller scored the first goal in the 7-1 thrash against Brazil. This goal was Germany’s 2,000th goal in its history.

On 11 July he was named in the shortlist of ten finalists for the FIFA Ballon d’Or as the best player of the tournament. He received the Silver Boot as the tournament’s second top scorer with five goals and having played a major role in Germany’s World Cup triumph and was also named in the All Star XI World Cup.

Müller plays as an attacking midfielder for Bayern in Germany. His overall rating in FIFA 19 is 86 with a potential of 86. Müller has a 3-star skill rating. He prefers to shoot with his right foot. His work rates are High / High. Müller’s height is 186cm and his weight is estimated at 75kg according to the FIFA database. Currently, Thomas Müller is playing with numbers 25 and 13. His best stats are: Att. Position: 92, Reactions: 91, Stamina: 87, Finishing: 87, Vision: 85.

The Bayern star can still be decisive despite his decline in form, according to his coach with the German national team.

Germany coach Joachim Low believes Thomas Muller is going through a ‘difficult phase’ as he supported the striker to return to his best.

Muller, 29, struggled to find his best form for Bayern Munich, but it remains part of Low’s plans and the coach said Muller – the 2010 World Cup Golden Boot winner – could still play. a key role for Germany.

‘Even though he hasn’t made a name for himself in the national team or his club lately, Thomas Muller is a player who gives a lot of energy and can guide and animate young people,’ he said at a press conference.

“It still has those qualities of a great finish, of support. I saw him in good shape against Borussia Dortmund. Bayern players were in good shape for 60-70 minutes.

‘Thomas Muller is a player who will always be able to decide matches, even if he is currently going through a difficult phase.’ 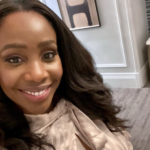 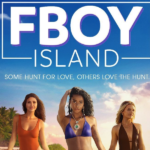