In this article, we are going to tell you in detail about the age, wiki and biography of an Indian actress Aaliya Furniturewalla aka Aalia Ebrahim . So, let us take a look at the personal and professional life of Aalia Furniturewalla.

Aalia Furniturewalla is an Indian actress who appears in Bollywood films. She started her career with Bollywood film Jawaani Jaaneman, which will release on 31 January 2020. Aalia started her career as a model. Aalia has also promoted Pondsindia. Before making her foray into the entertainment world, Alia learned acting from Ritesh Kant and Abhishek Pandey.

She is a trained contemporary and Kathak dancer.

In 2016, she appeared on the cover page of the lifestyle magazine “Femina” with her mother.

Her boyfriend’s name is Harshvardhan Kapoor. 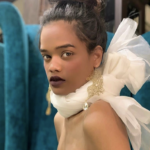