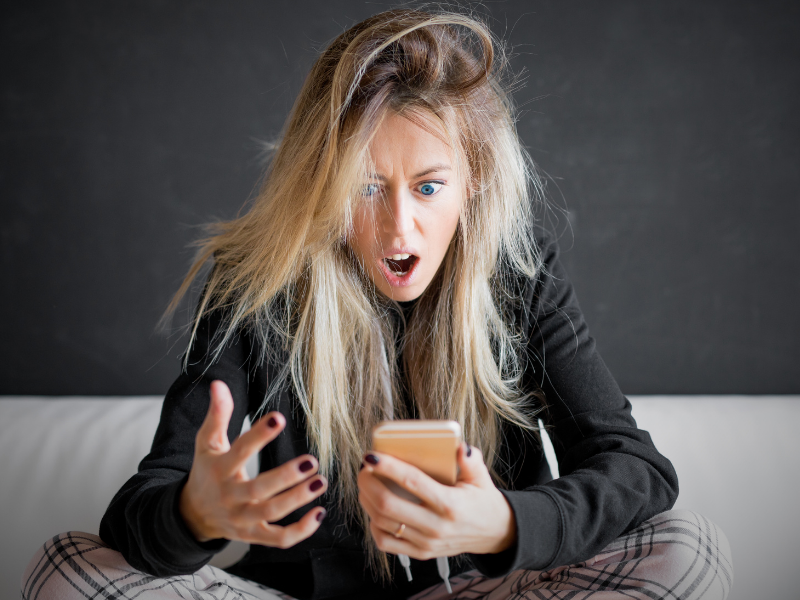 Jealousy is said to be the disease of love; a feeling motivated by mistrust and fear of infidelity that often ends in a breakup. But what if there were any hints of horns in a relationship? When in doubt, 60% prefer to peek at their partner’s mobile and thus put an end to all kinds of suspicions, according to a study prepared by FriendScout24, an online dating platform.

The report – drawn up among a total of 2,500 men and women – shows that in the sentimental sphere, jealousy can seriously damage couple relationships. Hence, 51% of those surveyed admit to having suffered a love disaster due to the unfounded doubts of their, until then, better half.

However, despite the fact that 63% of Internet users do not consider themselves a jealous person, they do acknowledge reacting possessively when they give them reasons for it. Controlling your partner’s exits, seeing where he moves or questioning him every night when he goes out to party are some of the most common attitudes.

Exes are the main cause that fuels jealousy in a couple and more when a good relationship is maintained with them. According to the survey, seven out of ten admit to having felt jealous of an ex , being supporters of ‘where there was fire there are always ashes’.

The ex: do you think badly and will you be right?

After the exes, the FriendScout24 study reflects that another reason to be jealous is to go out partying together and that one of the two spends hours talking to strangers. Faced with this situation and to calm the “fluff”, more than half of the respondents do everything possible to break up the conversation and make it clear who their boy is.

Friends can also provoke attacks of jealousy in a romantic relationship. 35% of those surveyed believe that spending more time with “colleagues” during the week or making more plans with them than usual can lead to a love conflict.

Finally, the Internet and social media are also justified cause to irritate the couple. According to15% of those surveyed, spending hours and hours on Facebook, meeting people online or attending events organized on social networks, can lead to marital discussions alleging lack of attention.