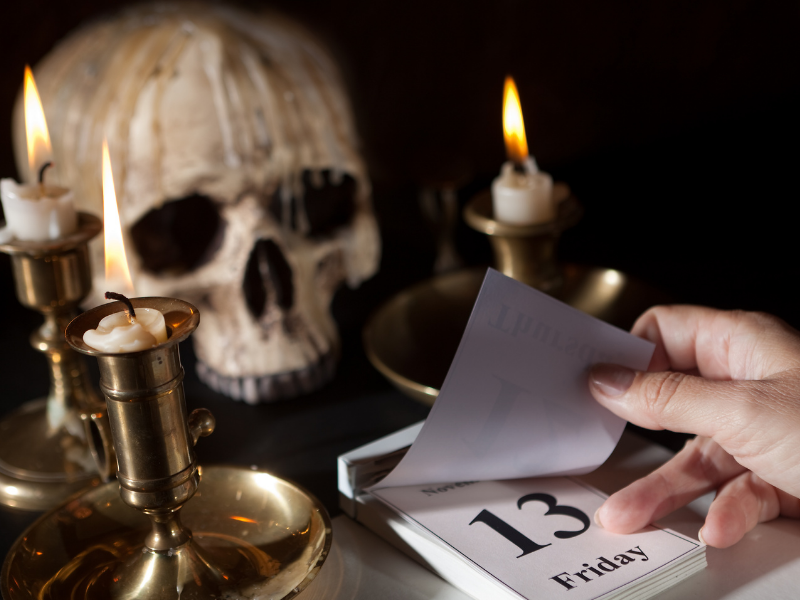 The phobia of Friday the 13th: a question of geography

The collafobia , also known as the impossible terms of friggaastriscaidecafobia or parascevedecatriafobia, is the irrational fear of Friday the 13th But the truth is that if we inquire into the origin of this phobia we fail to determine if it’s the fear of Friday, the fear of the number 13 or the conjunction of both on a disastrous date. What is clear is that it is a phobia determined by geographical reasons.

This fear of Friday the 13th was restricted, until a few years ago, to the Anglo-Saxon cultural sphere. And it is that in Latin countries the rejection was towards that day in which it is not convenient to marry or embark, on Tuesday the 13th . For their part, in Italy they fled more than Friday, but in this case, Friday the 17th. But be it because of globalization, or because of those inevitable cultural influences in the style of Coca Cola or McDonals, the fear of Friday the 13th is already installed. squarely in our culture.

Although the rejection and superstitions that this special day implies is already quite frequent, the phobic disorder as such is not so much , which ends up confining the person who suffers it to bed for fear that something bad will happen to him that day . Absence from work, not opening the door to anyone, not answering the phone … we can perfectly imagine the anguish suffered by people with collaphobia. That is why we would like to warn that any joke about it is directed towards all those superstitions that surround Friday the 13th and not towards the phobic disorder.

The origin of the fear of Friday the 13th

We therefore establish a more cinematographic origin than anything else for this phobia in certain latitudes of the world. And we rethink the essence of that rejection . Some sources date a bloody and bloody episode on a Friday the 13th of the 12th century in which countless Knights Templar were burned at the stake, so that since then bad luck would act as an onomastic to remember the cruel act. However, there are also those who claim that this happened on Tuesday the 13th.

In this way we focus on the number 13, which seems to be the true culprit of all the misfortunes that occur on a day like this Friday the 13th or even Tuesday. And to reinforce the negativity of this number, it is enough to say that in the Tarot 13 is the number of death. We do not know if this Friday the 13th has a scientific or historical basis or is mere superstition, but we want to remember the fear with which we entered 2013 , a year that was also surrounded by bad omens … and here we continue, ready to finish it and happier than ever.