was formed in 1974 by Alex Van Halen; his younger brother, Eddie Van Halen; David Lee Roth; and Michael Anthony. Warner Brothers signed the band in 1977 and their debut album was released in 1978. Alex and Eddie Van Halen are the only members of Van Halen who have been in the band their entire existence.

Alex Van Halen, an American Dutch musician, drummer and co-founder of the hard rock band Van Halen, was born on May 8, 1953 in Amsterdam.

The American Dutch musician who is the drummer and co-founder of the hard rock band Van Halen is 6 feet 0 inches tall.

Alexander Arthur Van Halen was born in Amsterdam. His Dutch father, Jan van Halen (1920-1986), was a skilled jazz saxophonist and clarinet player. His mother, Eugenia van Beers (1914-2005), was an Indo (Eurasian) from Rangkasbitung, Indonesia. He spent his early years in Nijmegen in the east of the Netherlands. The family moved to Pasadena, California in 1962. Both Alex and his younger brother, Eddie, are naturalized US citizens.

Speaking of his educational background, Alex and his brother attended elementary school. Both brothers took piano lessons at an early age and both became established pianists. The influence of the piano clearly became the foundation of the Van Halen brothers’ future musical careers.

He had several early bands with Eddie prior to the formation of Van Halen. The names of these previous bands include The Broken Combs, The Space Brothers, The Trojan Rubber Company, and Mammoth. In 1972, Alex and Eddie Van Halen formed Mammoth with Mark Stone on bass and Eddie on lead vocals. The band rented David Lee Roth’s PA system for their shows. Soon after, Edward got tired of singing lead vocals and asked Roth to join the band. Later, in 1974, as the Mammoth name had already been taken by another band, the name was changed to Van Halen and Stone was replaced by Michael Anthony. Roth said it was his idea to rename the band Van Halen and that he actually named it after Alex. In addition to his musical duties at the time, Alex handled managerial duties, such as concert booking, etc. For the band. Their 1978 self-titled debut album Van Halen was released with great fanfare, influencing many hard rock musicians.

Although the term ‘brown sound’ is generally associated with Eddie’s guitar, it was actually coined by Alex to refer to the sound of his snare drum. The only recording Alex made outside of Van Halen is the instrumental ‘Respect the Wind’ (for which the Van Halen brothers were nominated for a Grammy Award in 1997 for Best Instrumental Rock Performance), with Alex at keyboards and Eddie on guitar. The song was written for the 1996 film Twister and plays during the film’s closing credits.

.Asked about his so-called ‘rivalry’ with Roth, Hagar told Planet Rock magazine: ‘It wasn’t even a blip on my radar.’ I don’t respect Dave’s art, but I think he’s smart and a great showman and what he did with VAN HALEN in the early days was amazing. VAN HALEN couldn’t have done it without him. ‘God bless Dave, but he refuses to acknowledge that VAN HALEN with me has been even more successful than VAN HALEN with him, and that’s very stupid of him. It would be like you don’t recognize what he did for the band before joining – that would be stupid, wouldn’t it? ‘Hagar also talked about the circumstances that led to the end of his first stint with the band.

‘We had eight years of [huge success], and then suddenly the people in the band started changing … and it wasn’t me and it wasn’t Mike [Anthony, bass],’ Hagar said.

‘The’ Balance ‘record was like pulling teeth, things got very dysfunctional at that point. Drugs and alcohol, insecurity and mismanagement killed that band. You can read the full, in-depth “Confessional” interview with Hagar in issue 15 of Planet Rock magazine, which is now on sale. Hagar told The Pulse Of Radio a while ago that his problems with Eddie Van Halen started during sessions on ‘Balance’, Hagar’s latest album with the group. ‘Eddie needs someone to make decisions and a leader, you know?’ He said. ‘He’s not a natural born leader. And his brother [Alex Van Halen] was always the leader first – or Roth was the leader first – and when Roth left, he and his brother banged their heads so much, when I walked in I thought, ‘Well, what does Sam want to do? ‘you know? So he became kind of a guy, yeah, I was making all the decisions, so in ‘Balance’, all of a sudden, he didn’t like my decisions and it was really weird. ‘

Hagar blew up his former bandmates in an interview in 2015, saying there was no ‘chemistry’ among the members of the group’s current lineup, including Roth. At the time he said, ‘They don’t like each other. I mean, it’s obvious. It’s like a support band with a guy out there in front. I bet you don’t say five words to each other offstage. ‘Hagar, Anthony, Alex and Eddie Van Halen last joined in 2004 for a summer tour in the United States. In exchange for touring, Anthony would have to accept a salary cut and sign his rights to the band’s name and logo. 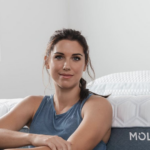 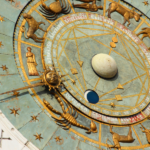