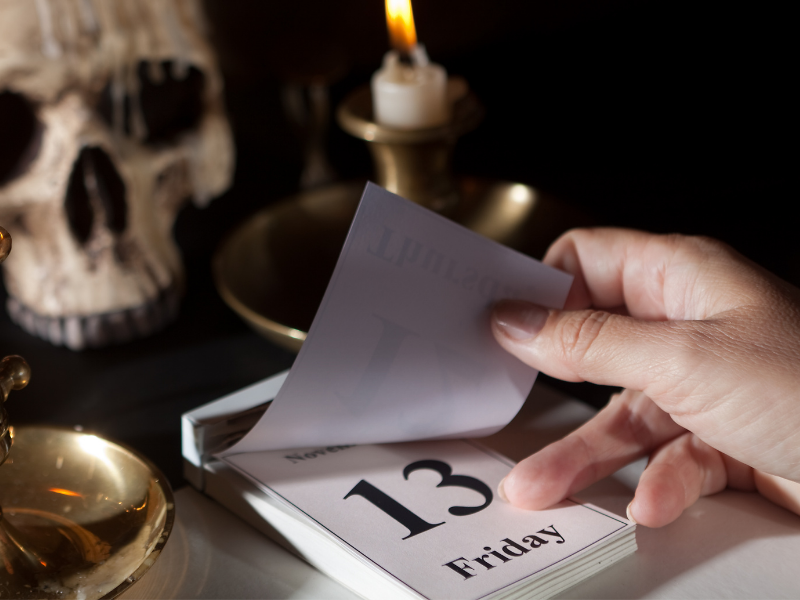 Characteristics of the irrational fear of number 13

Tradition says that you have to fear the number 13 by itself or related to some days of the week such as Tuesday or Friday. It is a superstition, it is true, but that does not prevent it from becoming a phobia over time that causes the same problems and the same limitations as any other phobic disorder. If you want to know more about triscaidecaphobia or the fear of the number 13 , we will tell you everything in our dictionary of phobias .

Triscaidecaphobia is the fear of number 13. It is not the first time that we have encountered phobic disorders related to numbers, as we saw with the fear of 666 , and in most cases these are problems that fall into a kind of no man’s land between phobia and superstition .

Anyway, you may have a rejection of the number 13 and you do not like to meet it because you think it is bad luck, or you may have a panic of that number. This is when we talk about a phobia with all its negative consequences and the limitations that it entails .

It is not the same to try to avoid 13 and feel some discomfort if you cannot do it than to experience all the symptoms of anxiety when you have to face that number in one way or another. Or simply when you see that number on the street, on television or on the calendar.

If you paralyze your life on the 13th , if you start sweating when you see number 13 on the agenda, if you feel tachycardia because you are 13 invited to that birthday, if your legs and arms fall asleep when you are assigned number 13 somewhere …. Or even if you get to suffer a panic attack because of this number, it is that you suffer from triscaidecaphobia.

Most phobias find their origin in a traumatic experience lived in childhood or in an anxiety disorder that leads to irrational and excessive fears. These two options also work for triscaidecaphobia, but another cause is added: superstition .

The power of superstitious thinking should not be underestimated, because it can remain an anecdote, but it can also become a problem like triscaidecaphobia. The origin of the fear of the number 13 is found in Norse mythology in relation to a banquet of 12 gods to which a thirteenth diner, the terrifying god Loki, was not invited.

The biblical tradition also has a similar event, in this case with the Last Supper of Jesus Christ, in which there were 12 apostles plus Jesus himself. And we already know that dinner ended in disaster. But do these stories justify the fear of the number 13? Of course not .

However, phobias stand out precisely because of the absence of logic or rational thinking, so it does not matter too much if the fear of the number 13 is justified or not. What matters is seeking psychological help if fear gets in the way of your everyday life .

In the case of triscaidecaphobia, it should be noted that it is fed by society in general . If some hotels do not have room number 13, if some airlines do not put that seat number, if even some buses avoid carrying 13 or many athletes avoid this number with a 12 + 1, it becomes more difficult to distinguish between phobia and superstition .

That is why it is important for a professional to determine if it is a socially endorsed rejection by tradition or a phobic disorder that is limiting your life and causing problems in your work, in your social and family life or in your emotional stability. . Remember that with proper treatment, all phobias can be overcome .