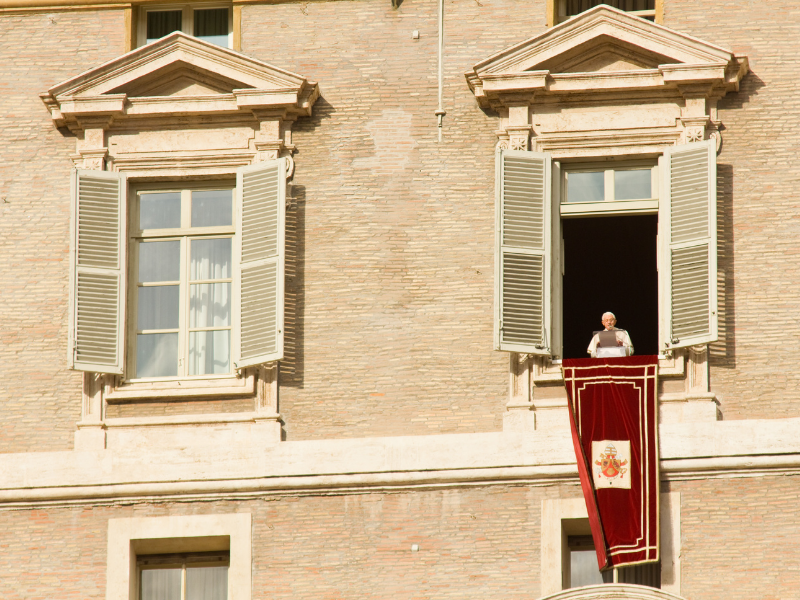 Whether we like it or not, religion is part of our cultural context and that is why it continues to have a certain influence on our lives. Sometimes for the better and other times for the worse, since there are some phobias related to the religious sphere, such as Papaphobia, which can greatly complicate the life of the person who suffers it. Discover in our dictionary of phobias what is Papaphobia or fear of the Pope .

Papaphobia is the fear of the Pope, the visible head or representative of the Catholic Church, of that figure who from Rome travels around the world wrapped in a sacred and mystical halo. It is not so strange that the Pope is the stimulus of a phobia considering all the mysteries and secrets that are created around him .

You may like the current Pope more or less , you can identify more or less with the Catholic Church and you can be more or less close to religion. But the phobic disorder appears when the figure of the Pope impacts on your life and not in a positive way on your spirit, but in a very negative and avoidant way.

How is Papaphobia manifested? It is the question we all ask ourselves. How do you know if you are afraid of the Pope ? That you are a critical person of the church does not imply that you have this phobia , or that you do not like the Pope for what he represents, or that you do not pay attention to his speeches or even that you change the channel because you are not interested in what he says.

The phobia manifests itself through a series of physical symptoms that coincide with the symptoms of anxiety . Dizziness, excessive sweating, rapid heartbeat, tingling, shortness of breath, feeling of unreality and can lead to a panic attack. All this before the idea of ​​the Pope or the vision of the Pope on television. Not to mention meeting him on one of his visits, which is something you can avoid very easily.

This fear of the Pope is a very rare specific phobia, but it exists and must be treated. Nor is it so strange if we approach concepts such as the human soul, what is the meaning of life or even abstract ideas such as infinity, which is also the subject of phobias. Everything that is incomprehensible to us can scare us and religion is one of those things that can be remote and mysterious.

From this natural fear that produces the unknown , the sacred, what we cannot understand, it is not difficult to reach a phobic disorder if we add previous anxiety problems. And, as with all phobias, a traumatic experience is not ruled out in which the person felt a great emotional burden due to some event while the Pope was, for example, speaking on television.

That Papaphobia is not one of the most limiting phobias on a day-to-day basis does not mean that it should not be treated. The presence of a phobia indicates that there are also emotional disorders and treatment must be sought to prevent new fears and new problems from appearing.

The best therapy to overcome a phobia is cognitive behavioral therapy , something that should be done by a professional psychologist. With this treatment you get to the origin of the distorted thinking that makes you feel panic when you think of the Pope and from there you can modify that avoidance behavior.

Losing the irrational and excessive fear of the Pope is the objective and throughout the treatment , relationship techniques or the practice of meditation are proposed to reduce the anxiety component that is associated with all phobias.