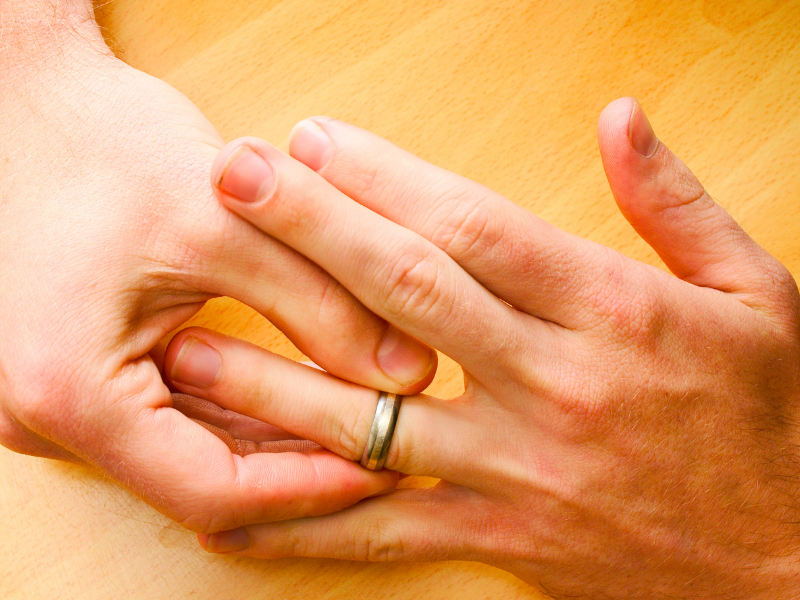 Much has been said and written on a subject as real as infidelity, which has also been an inspiration point for literature and movies. The temptation is still alive in a love relationship that is stagnant by routine and monotony . However, on a cultural level, infidelity has often been associated with men , as if they were more likely to betray their partner.

Nothing is further from reality. There are cases of men but also womenwho have had a slip in a relationship. It is not easy to speak objectively about infidelity, simply because it is a topic that many people hide. That is, there are people who have committed it, however, they do not confess it out of shame, shame or fear of losing a loved one. In such a situation, the fear of what they will say also arises. Infidelity is associated with betrayal and a lack of loyalty towards the partner.

Why man is unfaithful

Some girls, when they know that their partner has had another relationship, blame themselves because they believe that they have made a mistake or have made a mistake in something. Nothing is further from reality. No one can interfere with the will of others: therefore, infidelity responds to a free and responsible act . Although many of the men who are carried away by their impulses in a moment of attraction later regret it because they are aware of the consequences of their actions.

Infidelity is also produced by the desire of some men to break the routine and monotony in the middle of a stable relationship, in which they have the feeling that something is missing. Excitement, news and passion.

Some people fall into infidelity because they fall in love . That is, there are feelings that begin to grow. These feelings produce a feeling of youth and vitality. Something gratifying for any man, but especially, for those who are in full crisis of age.

Revenge is also a cause . That is, in case she has made this mistake, he can decide to pay her with the same coin of infidelity. Love is never fed from anger but from respect and understanding.

The man can also be unfaithful when the couple is in the middle of a crisis. From a positive perspective, it pays to have patience and willpower because crises are overcome and greatly enrich the relationship. Some experts believe that infidelity occurs when there is something wrong in the relationship. That is, when in essence, that relationship is already broken.

After an infidelity, any girl has to assess the situation objectively. In many cases, infidelity is the ultimate breaking point in a relationship. In other cases, the girl bets on forgiving her partner . Each person must make this decision by assessing the global situation and also by listening to feelings.