Shepherd paid $2,550 to charter the single-engine plane for two hours and have the banner flown over the residence.

On Monday, October 4, a single-engine plane flew a banner above Florida fugitive Brian Laundrie’s parents’ property with a simple message printed on it: “Justice 4 Gabby – TikTok Times up.”

Who is Justin Shepherd

It was the work of a TikToker, Justin Shepherd, who felt it was past time for the Laundries to get the message and reveal what they knew about the Gabby Petito case and Brian Laundrie’s strange departure shortly before he was declared a “person of interest.”
Shepherd created the banner and executed it with the help of his social media followers.

Shepherd told WFLA-TV, “It came up in one of my TikTok videos and my fans wanted to do it.”
“All of a sudden, Venmo contributions began to pour in.”
This prank is a jab at Brian Laundrie’s parents, who, according to internet conversations, have assisted their son in eluding prosecution.
Shepherd reportedly paid $2,550 to charter the plane for a few hours and have the banner flown over the residence.
Donations from fans came in to assist Shepherd pull out the hoax.

Meanwhile, Cassie Laundrie, Brian Laundrie’s sister, recently stated that her family has been neglecting her since her brother went missing and Gabby Petito died.
Cassie told protestors outside her Lakewood Ranch house on Monday, October 4, said she didn’t know whether her parents assisted Brian’s escape and that she hadn’t been able to communicate with them.
“I’m in the boat where my family ignores me and my family’s attorney throws me under the bus,” Cassie Laundrie told a crowd of protestors. Cassie appeared to be referring to their family attorney, Steve Bertolino, who informed Fox News Digital in a text message on October 4th “Cassie Laundrie is not represented by me.
Cassie’s statements can only be ascribed to the press distorting mine and her words, which were only offered to explain earlier press mischaracterizations in the interests of further sensationalizing this terrible event.”
Roberta Laundrie, Brian Laundrie’s mother, was recently accused of purchasing a burner phone in order to communicate with her son, who has been missing for several days.
Meanwhile, Brian Laundrie’s parents’ family attorney has stated that Chris and Roberta Laundrie are unaware of their son’s location.
“Chris and Roberta Laundrie are unaware of Brian’s whereabouts,” stated attorney Steven Bertolino in a statement.
“They are worried about Brian and hope that the FBI can find him.”
“The public and some in the press have speculated that the parents aided Brian in fleeing the family home or escaping arrest on a warrant issued after Brian had already been gone for several days,” he continued. 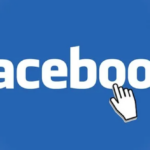