Nita Marie is an Instagram model and social media celebrity from the United States. She became well-known after she began posting photographs on her Instagram account. She has about a thousand followers on the platform so far. To learn more about her wiki, age, height, net worth, bio, spouse, onlyfans, weight, body measurements, family, ethnicity, and more, continue reading.

OnlyFans model Nita Marie has confessed that she once fasted for seven years after causing a storm of controversy by stating she enjoys threesomes with her spouse and God. The 45-year-old adult model went on the British television show ‘This Morning’ recently, when she revealed her’religious’ bedroom secrets. Nita Marie, who is a devoted Christian, has previously stated that she strips on OnlyFans because “God wants me to do it.”

The model is also a self-described women’s empowerment coach, claiming to be receiving all the aid she can with her “natural” 36DD endowments. Marie, a Colorado native, created her OnlyFans account when she and her ex-husband divorced. She had also revealed that she had been shunned by many of her family members and friends for earning a living off of OnlyFans. She is sure, though, that God wants her to keep helping “women and men have healthy relationships with sex and their bodies.” She asserted, “I asked God if I should keep stripping down, and he always said yes.”

Marie discussed how her horrific prior relationship estranged her from her own body and sexuality in her most recent interview. After breaking out of the relationship, she rediscovered her sexuality, which she considered a gift from God.

“I went seven years without having sex,” the adult star said, much to the surprise of hosts Holly Willoughby and Philip Schofield. She then went on to say, “When I terminated that relationship, I began the process of rediscovering my sexuality. I was only performing the photoshoots to boost my self-esteem. Of course, most Christians strive to do what is right in God’s view, so there was a moral dilemma there. But the answer that kept coming to me was really twofold: the first was that God wanted me to love and celebrate my body.”

She also stated that inviting God to join her and her current spouse in the bedroom gives her the “greatest orgasms” of her life. She even credited Jesus with giving her the “greatest sex she has ever had” and referred to Him as a passionate lover.

“I want to show women and men that expressing their sexuality while being religious is perfectly acceptable. “It all starts with respecting yourself and knowing that it is good and healthy to ask for sex when you have a desire for it,” Nita Marie said. “God, I believe, wants women to appear and feel beautiful while still enjoying their sexuality. I inspire people to feel sexy in their own flesh by enabling myself to feel sexy in my own skin “she continued. 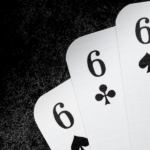